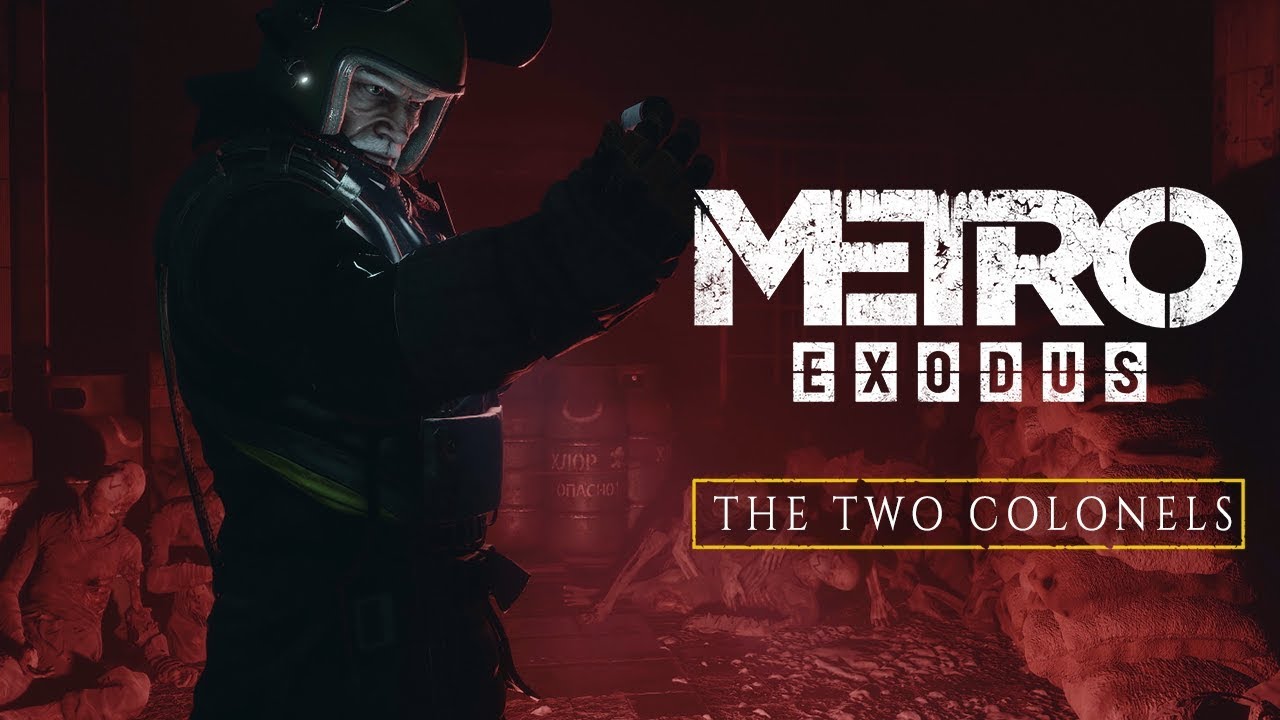 Exclusively revealed by Inside Xbox at Gamescom 2019, check out the trailer for the first Metro Exodus expansion, The Two Colonels here!

And it gets even better – as we revealed the news that The Two Colonels will launch on the 20th August 2019.

Get your hands on the Expansion Pass to get both this and the upcoming Sam’s Story expansion,which is due in January 2020.

Metro Exodus is an epic, story-driven first person shooter from 4A Games that blends deadly combat and stealth with exploration and survival horror in one of the most immersive game worlds ever created. Flee the shattered ruins of dead Moscow and embark on an epic, continent-spanning journey across post-apocalyptic Russia in the greatest Metro adventure yet.

Explore the Russian wilderness in vast, non-linear levels and follow a thrilling story-line inspired by the novels of Dmitry Glukhovsky that spans an entire year through spring, summer and autumn to the depths of nuclear winter.