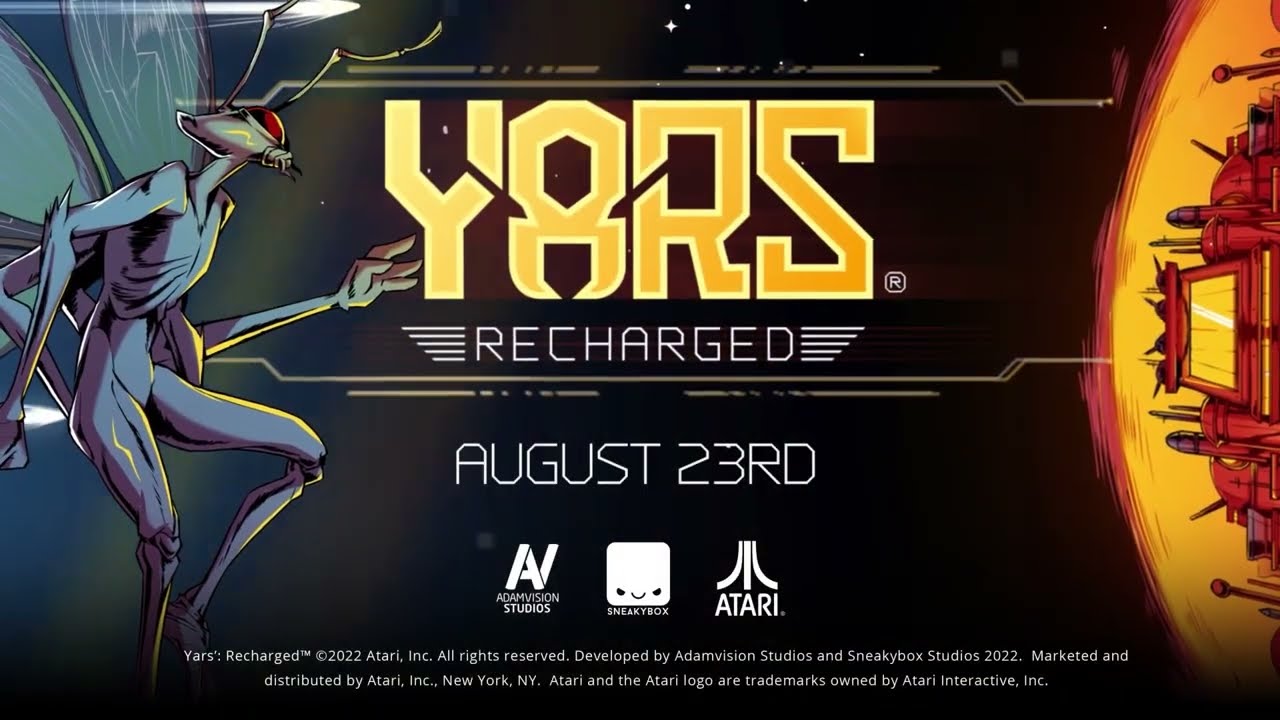 Yars: Recharged is coming to the Atari VCS, PlayStation, Stadia, Switch, Xbox Steam and the Epic Games Store on August 23.

Check out the latest trailer, one minute of uninterrupted gameplay.

The new game marks Atari’s return to the Yars universe, which is based on Howard Scott Warshaw’s classic Yars’ Revenge released in 1982